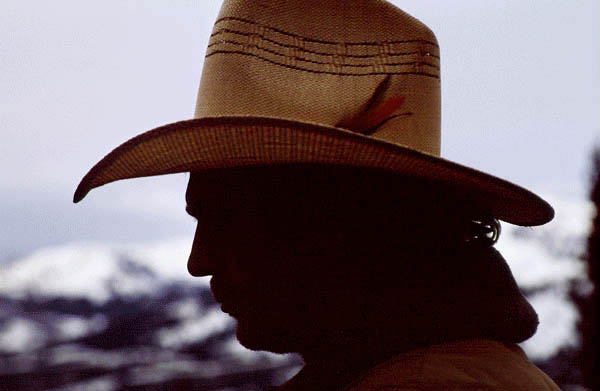 A limited edition signed by Barbara McQueen, in the UK exclusively at the Movie Poster Art Gallery.
Click image above for the photographs. 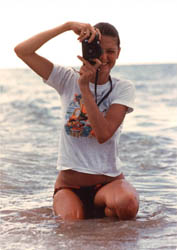 We were very proud to offer a limited edition of photographs by Barbara McQueen to coincide with the publication of the book Steve McQueen: The Last Mile written by Barbara and acclaimed McQueen biographer Marshall Terrill.

Barbara, who had carved a very successful career for herself as a fashion model, met Steve McQueen in 1977.

At a time when she was stepping back from the modeling industry, McQueen was equally beginning to turn his back on the trappings of Hollywood stardom. They were to spend the next three years together, marrying in 1980 the year of Steve's death. During that time, she captured wonderful and unique images that the very private McQueen allowed to no one else. 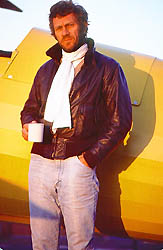 Barbara soon discovered that the screen legend was a determined individualist who loved vintage planes, motorcycles and cars and admired the men who flew and drove them above all others.

The dapper 'Thomas Crown' in real life dressed with a casual disdain for expense and fashion, sported a mountain-man beard, drank tinned beer, adored mashed potato for dinner and chocolate cake for breakfast.

A child of a broken home, he dreamed of a small town idyll, with his own general store, and a collection of vintage toys and Americana. 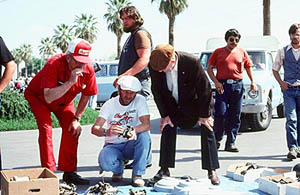 Barbara's photographs record a behind the scenes life of personal pleasures and enthusiasms - hitting the road in Steve's pickup truck, visiting collectors' shows and swap-meets, driving 700 miles for a rare World War1 motorcycle, flying a vintage mail plane, and generally ducking out of Hollywood life.

But when work did call, Barbara was also on hand to capture marvelous candid shots on the sets of McQueen's two last films, 'Tom Horn' and 'The Hunter'.

These images offer a privileged insight into a previously unseen side of one of the 20th century's most charismatic and admired stars, and a rare treat for collectors and fans.