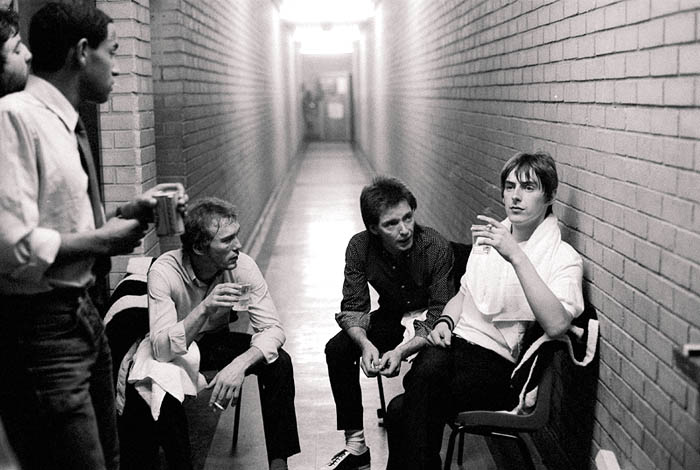 The lost photographs of THE JAM by Neil 'Twink' Tinning, the band's official photographer at the peak of their popularity.

In 1981 Rick Buckler, drummer of The Jam, arranged for the 21-year old Neil Tinning to become the band's official photographer. For two years Neil documented life with The Jam on the road, live on stage and behind-the-scenes, leading up until their farewell concert in 1982 at the Brighton Centre.

Twenty selected photographs from the book "The Jam Unseen" are on sale for the first time at London's Movie Poster Art Gallery as a series of limited edition photos hand printed from the original negatives. They include rare never-before-seen images of the band: Bruce Foxton (bass, vocals), Paul Weller (vocals, guitar) and Rick Buckler (drums).